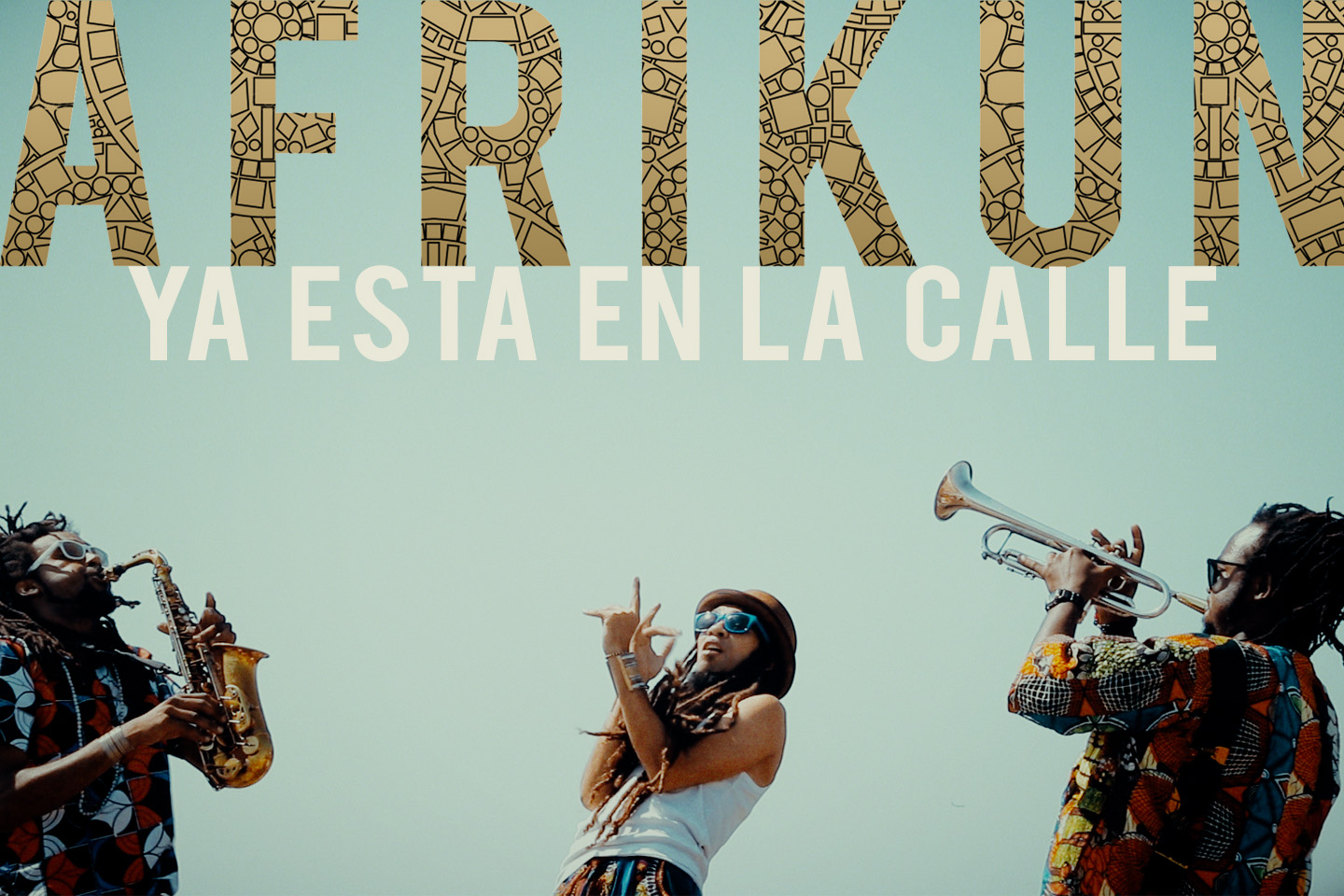 AFRIKUN  is the new audiovisual project from Kumar Sublevao-Beat, together with the multi-instrumentalist duo Machete Horns. The main goal from this Band is the research and tribute to the many different African tribes through music. Coming from every single corner in Africa, digging any kind of rhythms, samples from traditional instruments and ethnic chants. Take it to the musical urban scene with an unusual Musical format, where audiovisuals, percussion, brass, synths and MPC give life to the cultural and artist meaning from this Project, and specially the identity from these young cuban musicians as also ‘Africans’.

Kumar Sublevao-Beat  Mc and Producer of urban music from Cuba, where he started in the local hip hop movement of the 90’s. Influenced by Afrolatin-Jazz, Reggae, Funk with special attention at the afro-cuban soul, Kumar create a personal sound, where the constant performance of the traditional drums in acombination with samples, synths, and acustic instruments like strings and winds, became a concept: Sublevao-Beat. The first realese ‘Pelicula de Barrio’ (lp, Universal Music), were represented and supported with importants live shows around the world, having great welcome from the audience and the media. Now Sublevao-Beat is back with new album ‘Patakin’ where the afro-influence turn in to the deep of roots spirituality.

Machete Horns  Two cuban musicians from the new generation: The saxophonist Regis ‘KinRe’ Molina and the trumpeter Daniel ‘El Congo’ Allen. Graduate in the Superior Institute of Arts (ISA) Cuba. Even they have been trained as classical musicians since the early days, the Horns where always absorbing they Heritage Music, going from Afrocuban Religion music to Reggae, Rumba, Soul, and Classical Music, among others.
In 2006, they met for the fist time in Berlin, combined with new elements they found in this cosmopolitan city, they created a unique spontaneous sound with percussions and horns: The Machete Horns.
They performed at clubs, festivals and TV broadcast wit Tony Allen, Jimmy Tenor, Jean- Paul Bourelli (Miles Davis), Aloe Blacc, Raúl Paz, Interactivo, JahAcoustic and many more.

This is a unique website which will require a more modern browser to work!